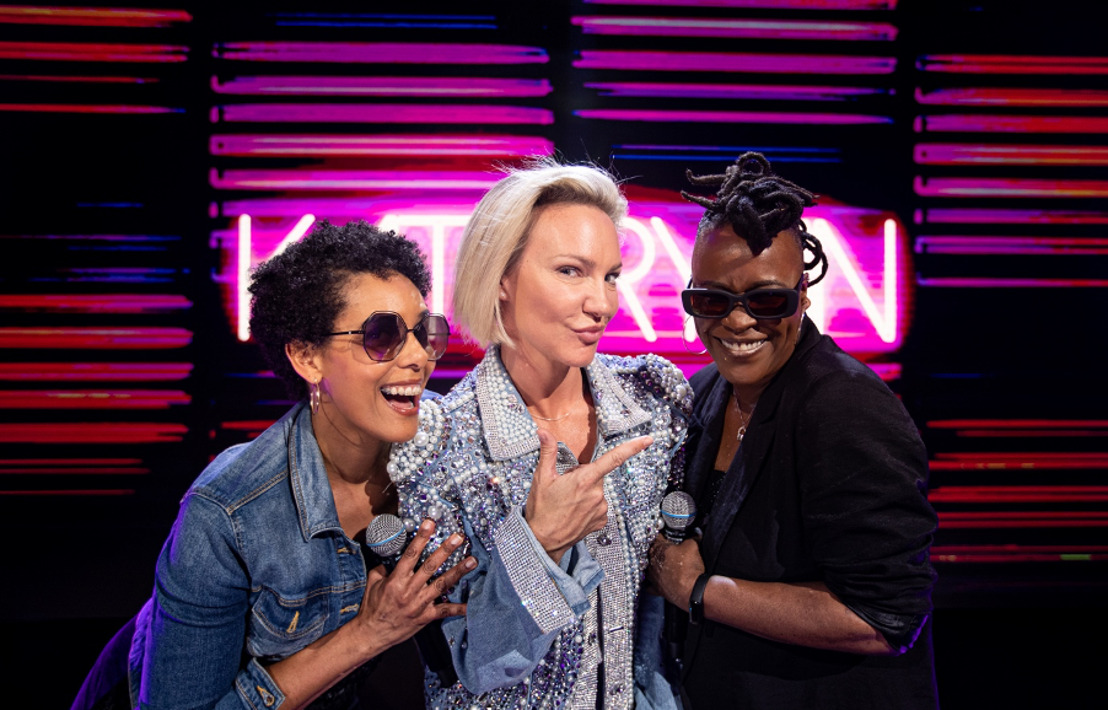 Zürich, June 20, 2020 - The Flemish singer Kate Ryan, known for hits like Désenchantée and Ella Elle L'a, today launches a modern cover of Madonna's summer classic “Holiday”.  The new version was recorded in collaboration with travel agency Sunweb Group as part of its as part of its campaign to celebrate June 20th as the International Day of Holidays, the date that travellers are allowed to go on holiday again.

Stream via Spotify and Apple Music, among others

The new song Holiday can be listened to via Spotify, Apple Music, iTunes, Soundcloud and YouTube Music from today. The song was produced in collaboration with record company Spinnin 'Records.

“We need a holiday!”

Talking about the launch of the cover, Kate Ryan said, “Ever since I was a kid, I've been a fan of Madonna. So making a version of one of her songs was a special challenge! My record company, Spinnin Records, put me in touch with the right producers and soon we had a version that really sounded right. ”

"We now have the opportunity to share the entire song, and Sunweb Group's International Day of Holidays is the perfect moment. The lyrics could not be more applicable right now. We all need a break, in complete freedom, without rules and full of fun! We need a holiday!” Says Kate.

About the collaboration with Kate Ryan, Tim van den Bergh CCO of Sunweb Group said: “Kate's song fits perfectly with the positive message we are sending on this International Day of Holidays. We see the campaign as a new beginning and look forward to a summer full of holiday fun. Not just for the Dutch, but for travellers all over the world. ”

About International Day of Holidays

Summer enthusiasts are invited to celebrate the day with the hashtag #jointhecelebration. A special promotion page and a social toolkit have been developed for this. Summer playlists can be listened to on Spotify with songs chosen by travellers that evoke holiday memories. In addition to travellers, Sunweb Group is also callings on the travel industry to celebrate this day with them using the hashtag #jointhecelebration.

Click on this link to watch the music video:

Do you want to see Kate Ryan sing her song "Holiday" live? Tonight at 20:00 there is a live stream with DJ Licious on the Sunweb Facebook page.

Sunweb Group is one of Europe’s largest travel companies, with a turnover of more 600 million euros. The company is the driving force behind brands operating across seven international markets: the Netherlands, Denmark, Sweden, Belgium, the UK, Germany and France. Sunweb is the group’s most well-known brand.

Sunweb is a fully fledged online player with package holidays to sun and winter sports destinations.

Sunweb Group employs approximately 500 people and sends more than 400 tour guides and area managers to assorted holiday destinations in support of its customers. Sunweb Group has a pan-European identity with tour activities in Zurich (headquarters), Rotterdam (back office), Girona (software and web development) and several locations across Europe. The combination of a centralized organization, unique self-contracted content and a strong online business model results in more than one million satisfied Sunweb Group customers every year. Sunweb Group was acquired by Triton Fund V in February of 2019.

As one of the largest travel operators in Europe, Sunweb Group is the driving force behind brands across seven international markets - in the Netherlands, Belgium, Denmark, France, UK, and Germany.

At Sunweb Group, our ambition is to become the leading digital holiday expert. We’ll do this by continuing to develop digital brands that stand out, leading the way for our partners through truly human interactions and ever-expanding hospitality expertise. To achieve this, we’re not afraid to do things differently, shaking up the market and setting new and bolder standards.

Sunweb and Eliza was here are the best-known brands of the group. Sunweb leads the way in online package holidays for sun worshippers and winter sports enthusiasts alike. Eliza was here is focussed on small-scale package travels to unique destinations for the discerning traveller.

With around 400 employees and more than 250 tour guides and area managers in local destinations, we’re always there for our customers. And as an employer, Sunweb Group are proud of our unique attitude, encouraging our people to develop an open mind, personal growth and to make a meaningful impact every day.

This combination of our people focussed ethos, centralised management and strong online business model has paid off with more than a million happy customers for Sunweb Group every year. Sunweb Group were acquired by Triton Fund V in February 2019, and we look forward to continuing to make travel a pleasure for millions more.