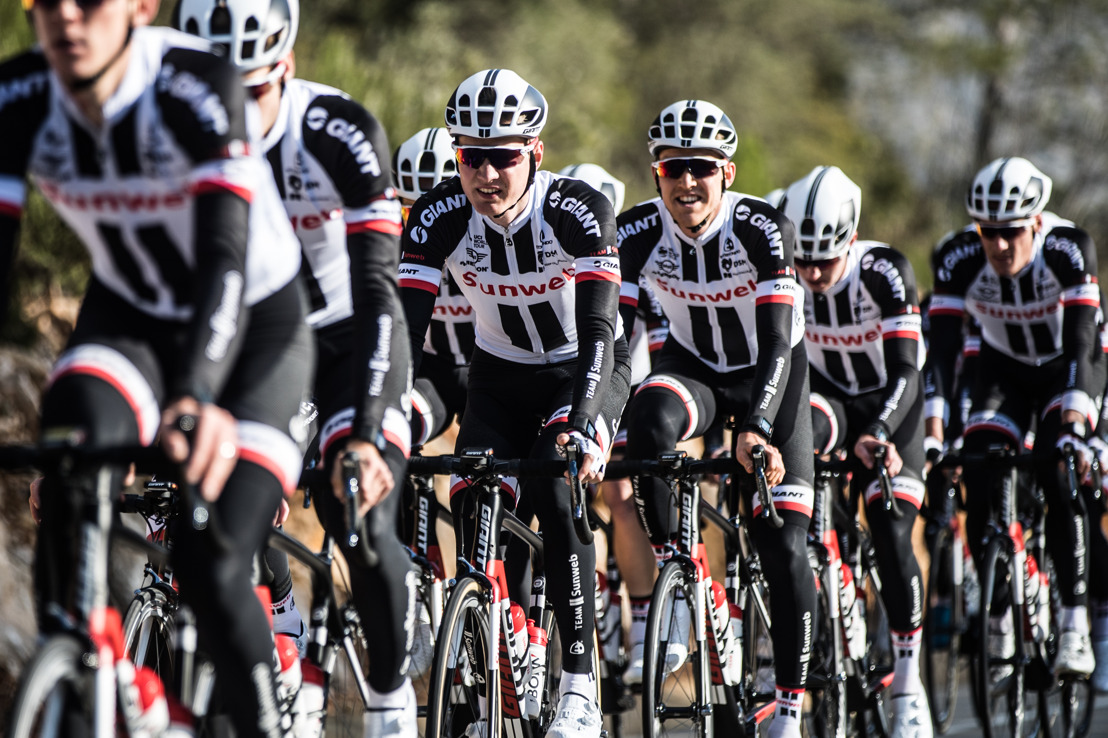 Thursday, January 5, 2017 — Today Team Sunweb officially saw the light. The International WorldTour team was presented to the media in an airplane hangar in Münster. Since 2015 Sunweb has been a co-sponsor of this team (former Giant-Alpecin) and experienced this partnership as a great tool to strengthen the synergy between the cycling community, their holidays and their expanding target group in Europe.  Becoming exclusive partner of a pro cycling team will generate a wider exposure and a tremendous value for Sunweb’s brand awareness.

Sponsor of memories, not only victories

The richness of life is all about moments and creating memories.  Sunweb believes that the best lifetime memories are often created "wearing flip flops”. Therefore, Sunweb’s main focus is to create great memories for their holiday makers by providing the best possible holiday experience.  This links perfectly with the team, as the common challenge in this partnership will be to create great memories for the athletes, their fans, and everyone involved with the team

Sunweb’s CCO Tim Van den Bergh says: “Cycling is one of the most popular leisure activities that goes hand in hand with traveling.”

He continues: "We will be able to connect with a new audience of passionate cycling fans, especially in our growth countries.  We will use the power of this team to roll out Sunweb's strategy for future growth across Europe with a special focus on Germany, the country with the biggest outbound travel market in Europe. As from now, we will set "the wheels in motion" to secure a bright future for Sunweb as well as for the team."

The 2017 line-ups of the team’s WorldTour men’s and women’s programs were presented to the audience, along with the team’s new Development program.

With new arrivals Michael Matthew (AUS) and Wilco Kelderman (NED), the team adds two leaders to its WorldTour men’s roster. Both are still at a young age and are expected to further progress in the coming years. Matthews and Kelderman join Warren Barguil (FRA) and Tom Dumoulin (NED) as leaders for many races in the UCI WorldTour calendar. With Barguil, Dumoulin and Kelderman the team is expected to make their mark in the classifications whilst with Matthews the team will aim for the big classics and punchy sprints.

Team Sunweb CEO Iwan Spekenbrink (NED) said: “Both the men’s and women’s program have been bolstered with several strong new signings, who we believe fit well within our team’s sporting environment and our specific elite sports approach. They will contribute to our team stepping up yet another level. Alongside this we will have a further enhanced focus on promoting the regrowth of cycling in Germany both through the team’s German WorldTour program, as well as through the team’s new Development program, which aims to deliver the best science, technology and coaching to the next generation international stars pursuing a successful career into the WorldTour. This new state-of-the art program provides a solid and structural contribution to shaping the future of cycling and has set its aims high to become the world’s leading and most innovative program in talent development. Sunweb’s commitment to both cycling’s present and future, allows the team to step up the sporting prestige of its men’s and women’s pro ranks and establish its new development program. It is a great day for both cycling and German cycling.”

The arrival of some of the world’s most high-potential talents such as former junior World time trial champion, Lennard Kämna (GER) and Chris Hamilton (AUS) allow the team to continue the development of the next generation of the stars from within its own ranks. On top of that, the team welcomes five new signings to its women’s roster. This includes former World time trial champion and current European time trial champion, Ellen van Dijk (NED), as well as double Dutch road champion, Lucinda Brand (NED), alongside other promising talents. Their Development program is excited to welcome Felix Gall (AUT) and Clément Betouigt-Suire (FRA), who placed both first and second respectively at the 2015 men’s junior World championships in Richmond, USA.

As one of the largest travel operators in Europe, Sunweb Group is the driving force behind brands across seven international markets - in the Netherlands, Belgium, Denmark, France, UK, and Germany.

At Sunweb Group, our ambition is to become the leading digital holiday expert. We’ll do this by continuing to develop digital brands that stand out, leading the way for our partners through truly human interactions and ever-expanding hospitality expertise. To achieve this, we’re not afraid to do things differently, shaking up the market and setting new and bolder standards.

Sunweb and Eliza was here are the best-known brands of the group. Sunweb leads the way in online package holidays for sun worshippers and winter sports enthusiasts alike. Eliza was here is focussed on small-scale package travels to unique destinations for the discerning traveller.

With around 400 employees and more than 250 tour guides and area managers in local destinations, we’re always there for our customers. And as an employer, Sunweb Group are proud of our unique attitude, encouraging our people to develop an open mind, personal growth and to make a meaningful impact every day.

This combination of our people focussed ethos, centralised management and strong online business model has paid off with more than a million happy customers for Sunweb Group every year. Sunweb Group were acquired by Triton Fund V in February 2019, and we look forward to continuing to make travel a pleasure for millions more.