“In the current media landscape, it is increasingly difficult to reach consumers in a way which they perceive as pleasant. In 2016, we began a sport sponsoring initiative aimed at further accelerating our international growth—the professional bike racing Team Sunweb was the result.”

The team, which includes successful Dutch rider Tom Dumoulin, is an important source of insights, tips and behind-the-scenes content for The Prologue.

The activation of the partnership between Sunweb and Team Sunweb is essential. “The focus should be on explaining who Sunweb is, and what we do,” says Van den Bergh. “Not just to Team Sunweb fans—but also the fans of other bike racing teams, and all other practitioners of this increasingly popular sport.” The choice of an online platform is logical, since Sunweb is an e-commerce company. Van den Bergh: “What better way is there to reach our audience in a sympathetic way than through an international cycling platform with great content?”

The media brand The Prologue is aimed at a broader cycling audience, rather than just race fans. Wayne Parker Kent has developed the visual identity and the technical infrastructure behind the platform. All the content production is also created in-house at the Amsterdam-based agency, where an editorial team creates new articles on a daily basis. Editor-in-Chief Mike Cooper says:

“We are very passionate about bike racing, but also the wider cycling culture. We love touring and racing, but equally enjoy a ride to a coffee bar on the fixie. The cycling lifestyle, beyond the sport, is just as interesting.” According to Cooper, The Prologue is a wide-ranging platform aimed at both racers, racing fans and people who have just bought a new bike and want to know more. “Sports cycling culture is growing exponentially,” says Cooper. “We want to help men and women better understand and experience this sport. The range of our stories is therefore very wide: from practical tips on riding, nutrition and training, to inspiring, exclusive background stories on well-known professional riders.”

The Prologue currently appears in both English and Dutch, with German and French versions to follow in a later phase. 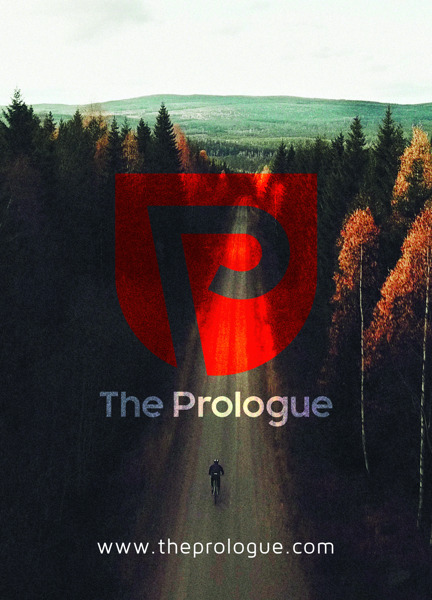 Sunweb Group is one of the largest travel operators in Europe with a turnover in excess of €700 million. The company is the driving force behind several brands operating in seven international markets: The Netherlands, Denmark, Sweden, Belgium, Great Britain, Germany and France. Sunweb is the best-known brand of the group. Sunweb is a leading online operator of package holidays to sun and winter sports destinations.

Sunweb Group employs around 400 people and sends more than 250 tour guides and area managers to various holiday destinations to support its customers. Sunweb Group has a pan-European identity with tour operator operations in Zurich (head office), Rotterdam (back-office), Girona (software and web development) and several offices in Europe. The combination of a centralised organisation, unique self-contracted content and a strong online business model has resulted in more than one million satisfied customers for Sunweb Group each year. Sunweb Group was acquired by Triton Fund V in February 2019.